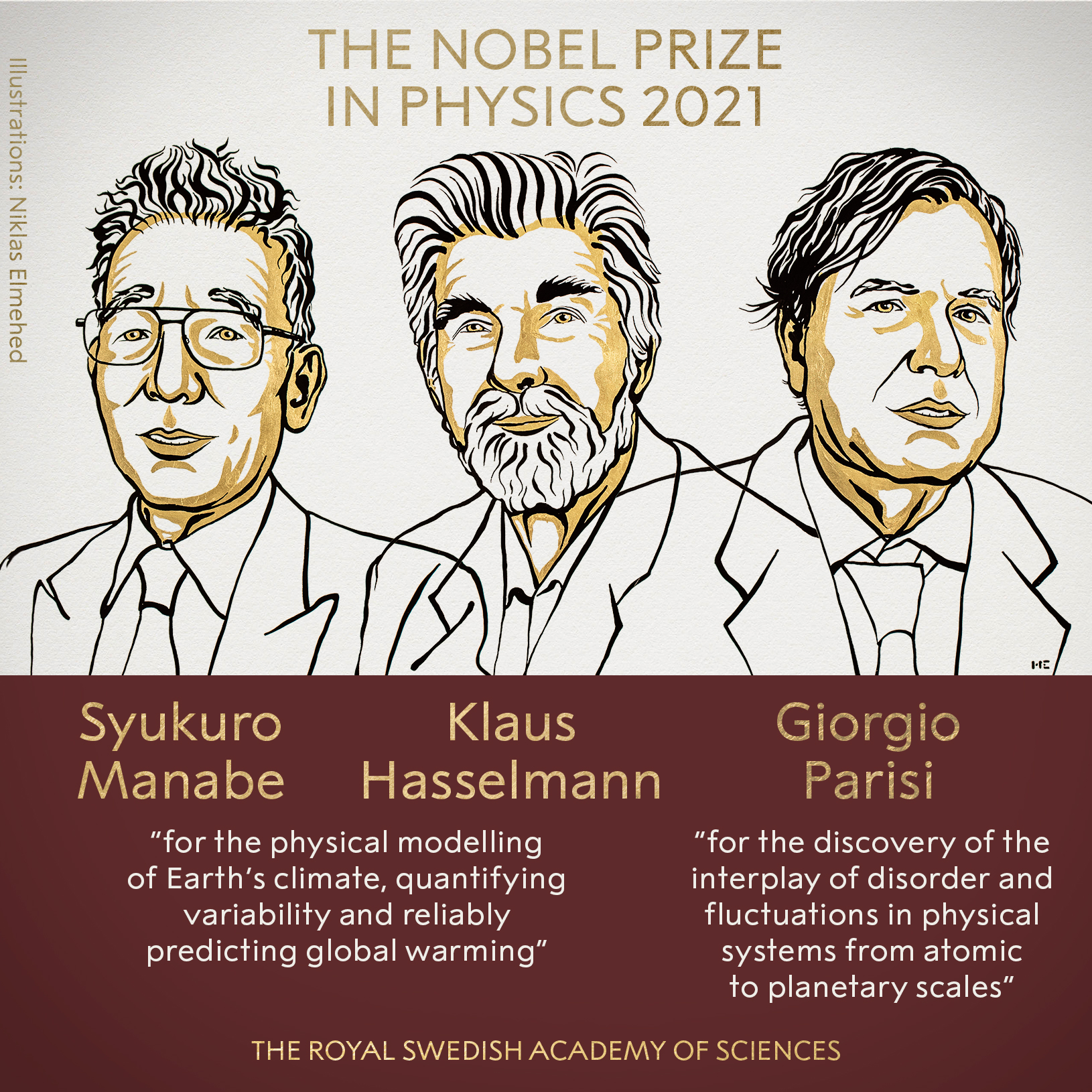 On Tuesday, October 5, the Nobel Committee announced the winners of the 2021 Nobel Prize in Physics, which was awarded for «a breakthrough contribution to the understanding of complex physical systems». The winners were three scientists from the United States, Germany and Italy.

The Nobel Prize in Physics was first awarded in 1901. Since then, 219 scientists have received the award.

American Sukuro Manabe and German Klaus Hasselman will receive half of the award for modeling the Earth’s climate and global warming forecast, while the other half will go to Italian physicist Giorgio Parisi for discovering how disorder and fluctuations interact in different physical systems of atomic and planetary scale.

Last year, the Nobel Prize in Physics was also awarded to three laureates. Britain’s Roger Penrose, Germany’s Reinhard Hansel and America’s Andrea Gez received the Black Hole Research Award. In 2020, the amount of the premium was increased from 9 to 10 million Swedish kronor. This is approximately 986 thousand euros.

Currently, due to the coronavirus pandemic, most of the winners will receive awards in their home countries.