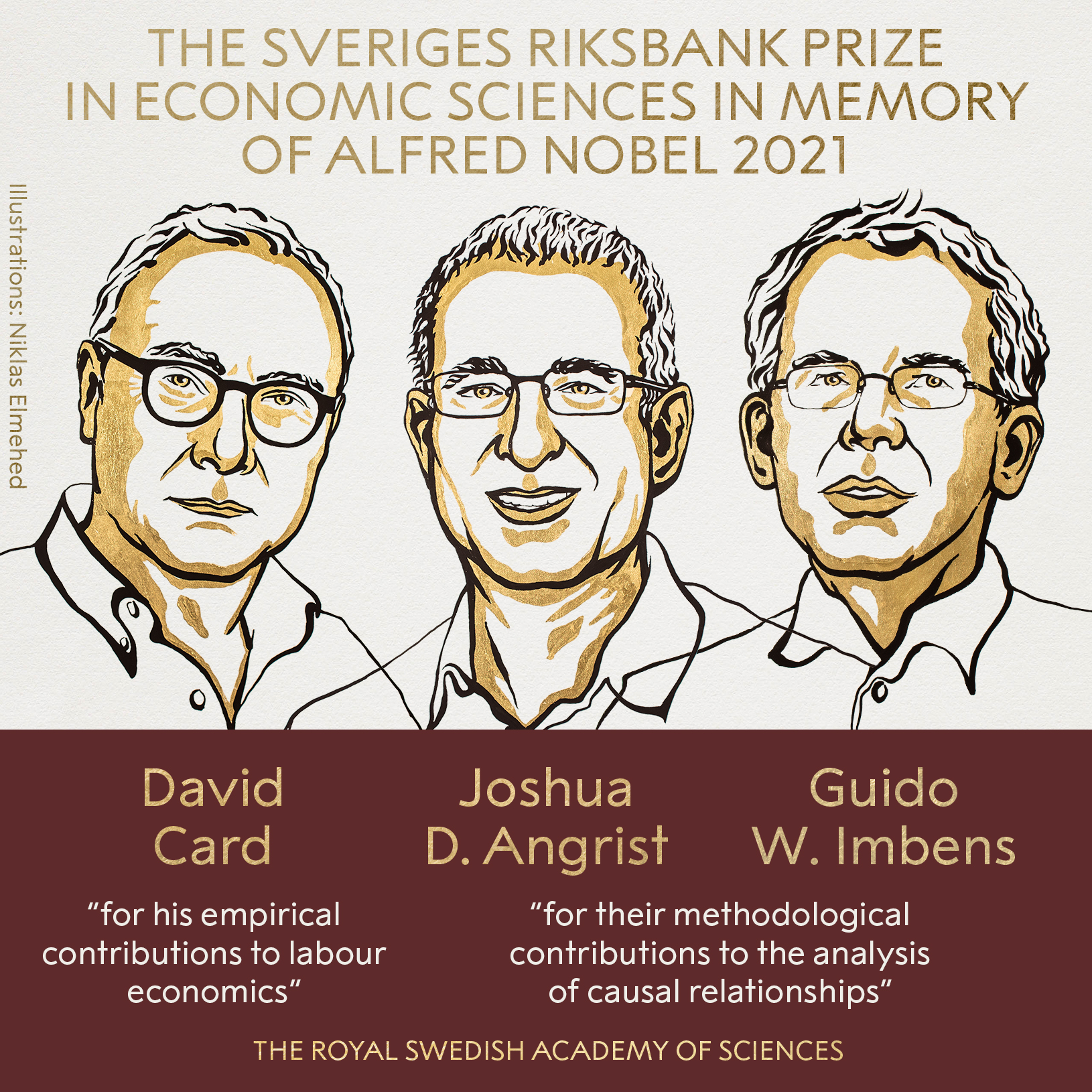 On October 11, the Swedish Royal Academy of Sciences announced the winners of the 2021 Nobel Prize in Economics. They were three labor market researchers from the United States.

The Nobel Prize in Economics is officially the Swedish Central Bank Prize in Economic Sciences in honor of Alfred Nobel. During the entire existence of the award, 86 people became its laureates.

David Card, an American scientist of Canadian descent and a professor at the University of California, Berkeley, will receive half of the award for his contribution to the study of labor economics. He analyzed how changes in the labor market affect minimum wages, immigration and education.

The second half of the award will be presented to Americans Joshua Angrist, a professor at MIT, and Guido Imbens, a professor at Stanford, «for his contribution to the methodology of causation analysis», which is now widely used by researchers working with observational data.

According to the Royal Academy, the winners provided economics with «new knowledge about the labor market and demonstrated the conclusions about the causes and effects that can be drawn from experiments in the wild» and «their approach was extended to other fields, revolutionizing empirical research».

The awards are traditionally presented to the winners at a ceremony in December, but for the second year in a row, the event is canceled due to a coronavirus pandemic. Despite this, there is still hope that the award ceremony will take place live in Oslo, but the final decision will be announced by the Nobel Committee in mid-October.

A tweet about this event from the official account of The Nobel Prize can be found here.